Lord Nicholas Kaldor (1908-1986) was Professor of Economics and Fellow of Kings’ College, University of Cambridge. Needless to add, he was one of the outstanding economists of his generation. Nicholas Kaldor came to CDS in 1985 to inaugurate and deliver the first Joan Robinson Memorial Lecture. The Kaldor family most graciously donated his entire person collection to the CDS Library. Professor Frances Stewart, one of the daughters of the Kaldors, and the then Director of Queen Elizabeth House at the University of Oxford inaugurated the collection at a special function at CDS in August 1995. There are 362 books in the collection and it covers a wide range of books in economic theory, classical political economy, business cycles, history of economic thought etc. After reading a book, Professor Kaldor used to make elaborate notes in pencil on the margins of the books. These have become important source of data or information for those researchers working on the economics of Kaldor.

Professor Joan Robinson of University of Cambridge has been a great friend and well wisher of CDS who has even donated royalties of two of her books, Selected Economic Writings and An Introduction to Modern Economics, to CDS. She was a frequent visitor to CDS during the 1970s and early 1980s and the last time that we had the privilege of hosting her was during December 1981 and January 1982. She passed away in 1983. CDS has kept her memory in more ways than one. Her daughter, Ms Barbara Jeffrey, has generously donated Professor Robinson’s personal library to the CDS. The collection of books containing 110 titles has a number of books by Professor Robinson herself and John Maynard Keynes. CDS is extremely thankful to one of our Visiting Professors, Professor Frances Stewart who took the initiative of putting us in touch with Ms Barbara Jeffrey and also to one of our distinguished and most helpful alumni, Mr Gareth Wall in helping Ms Jeffrey to ship the books to CDS from St Albans, near London.

Kakkadan Nandanath Raj (13 May 1924 – 10 February 2010) was an Indian economist. He is popularly known as K. N. Raj. He played an important role in India’s planned development, drafting sections of India’s first Five Year Plan, specifically the introductory chapter when he was only 26 years old. In 1971, Raj set up the Centre for Development Studies at Thiruvananthapuram, an institution that soon acquired an international reputation for applied economics and social science research. His family graciously donated his personal book collection to the library.

Sanjaya Lall (1940 – 2005) was Professor of Development Economics at the University of Oxford. Sanjaya was a visitor at the CDS during 1995 when he spent about ten days here lecturing to the students. He was deeply impressed with the way Centre had built up its library. Upon his passing away, his beloved family has graciously donated his entire private collection to our Library. Professor Luc Soete, Director, United Nations University-MERIT, Maastricht, The Netherlands inaugurated the collection on October 4th, 2006. The Sanjaya Lall Collection has 303 books dealing MNCs, technological capability and East Asian growth process. A large number of not-so-easily accessible books and research papers on these subjects are an important feature of this collection.

THE B G KUMAR COLLECTION

Dr. Bhaskar Gopalakrishna Kumar (1958 – 1993) was on the faculty of CDS, from December 1987 to 4th January 1993 when he passed away. Among the various prizes and distinctions that he won was the Stevenson Prize for his M Phil dissertation at the University of Cambridge. He obtained his D Phil from Balliol College, Oxford University for the dissertation on Poverty and Public Policy: Government Intervention and Levels of Living in Kerala 1960-1985. His family graciously donated his personal collection of 185 books to the CDS library. The books are merged with the general collection to ensure its widest usage.

Devaki Jain (born 1933) is an Indian economist and writer well known for her contributions in the field of feminist economics. In 2006 she was awarded the Padma Bhushan, the third-highest civilian award from Government of India, for her contribution to social justice and the empowerment of women. She is a well-wisher of CDS and donated her personal collection to library.

Robin Bannerman Jeffrey is a Canadian-born professor settled in Australia. His primary research interest is the modern history and politics of India, especially with reference the northern area of Punjab and Kerala in the south. He is also interested in Indian media studies and development studies. He is a well-wisher of CDS. Prof. Jeffrey donated his personal collection of books related to Kerala Studies to the library in 2019. 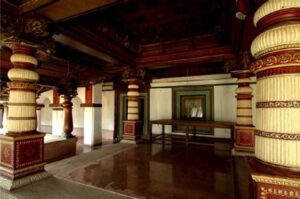 The CDS Library has the honour of receiving the Kollemcode Collection of records donated very graciously by the Raja of Kollemcode (Palghat District, Kerala) in 1978. The Collection of records consists of 178 printed documents, 48 manuscripts and 38 sets of palm leaf documents (consisting of 10,713 separate documents) that give a descriptive account of income and expenses of the Kollemcode Palace and temples. The collection is thus an important source of information to understand the economic history of northern Kerala. 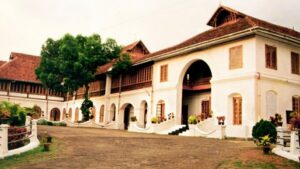 The library also possesses a rich collection of rare books received from Thripunithura Palace Library and, as a gift the personal Library of the late Dr. Rama Varma, a well-wisher of the CDS.