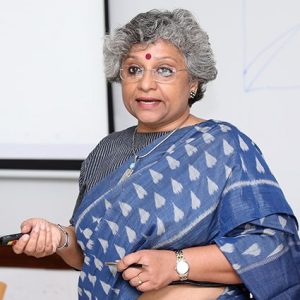 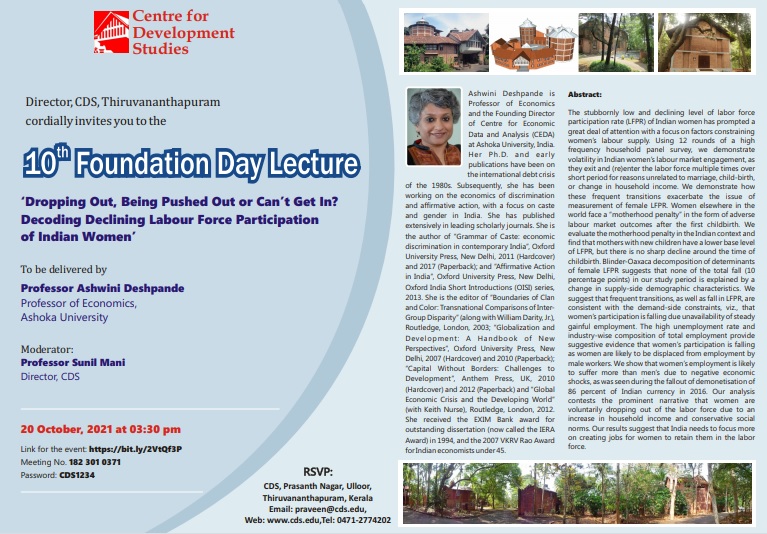 Abstract: The stubbornly low and declining level of labor force participation rate (LFPR) of Indian women has prompted a great deal of attention with a focus on factors constraining women’s labour supply. Using 12 rounds of a high frequency household panel survey, we demonstrate volatility in Indian women’s labour market engagement, as they exit and (re)enter the labor force multiple times over short period for reasons unrelated to marriage, child-birth, or change in household income. We demonstrate how these frequent transitions exacerbate the issue of measurement of female LFPR. Women elsewhere in the world face a “motherhood penalty” in the form of adverse labour market outcomes after the first childbirth. We evaluate the motherhood penalty in the Indian context and find that mothers with new children have a lower base level of LFPR, but there is no sharp decline around the time of childbirth. Blinder-Oaxaca decomposition of determinants of female LFPR suggests that none of the total fall (10 percentage points) in our study period is explained by a change in supply-side demographic characteristics. We suggest that frequent transitions, as well as fall in LFPR, are consistent with the demand-side constraints, viz., that women’s participation is falling due unavailability of steady gainful employment. The high unemployment rate and industry-wise composition of total employment provide suggestive evidence that women’s participation is falling as women are likely to be displaced from employment by male workers. We show that women’s employment is likely to suffer more than men’s due to negative economic shocks, as was seen during the fallout of demonetisation of 86 percent of Indian currency in 2016. Our analysis contests the prominent narrative that women are voluntarily dropping out of the labor force due to an increase in household income and conservative social norms. Our results suggest that India needs to focus more on creating jobs for women to retain them in the labor force.

Ashwini Deshpande
Ashwini Deshpande is Professor of Economics and the Founding Director of Centre for Economic Data and Analysis (CEDA) at Ashoka University, India. Her Ph.D. and early publications have been on the international debt crisis of the 1980s. Subsequently, she has been working on the economics of discrimination and affirmative action, with a focus on caste and gender in India. She has published extensively in leading scholarly journals. She is the author of “Grammar of Caste: economic discrimination in contemporary India”, Oxford University Press, New Delhi, 2011 (Hardcover) and 2017 (Paperback); and “Affirmative Action in India”, Oxford University Press, New Delhi, Oxford India Short Introductions (OISI) series, 2013. She is the editor of “Boundaries of Clan and Color: Transnational Comparisons of Inter-Group Disparity” (along with William Darity, Jr.), Routledge, London, 2003; “Globalization and Development: A Handbook of New Perspectives”, Oxford University Press, New Delhi, 2007 (Hardcover) and 2010 (Paperback); “Capital Without Borders: Challenges to Development”, Anthem Press, UK, 2010 (Hardcover) and 2012 (Paperback) and “Global Economic Crisis and the Developing World” (with Keith Nurse), Routledge, London, 2012. She received the EXIM Bank award for outstanding dissertation (now called the IERA Award) in 1994, and the 2007 VKRV Rao Award for Indian economists under 45.