Natural Disaster and the Economy: Evidence from the Kerala Floods of 2018 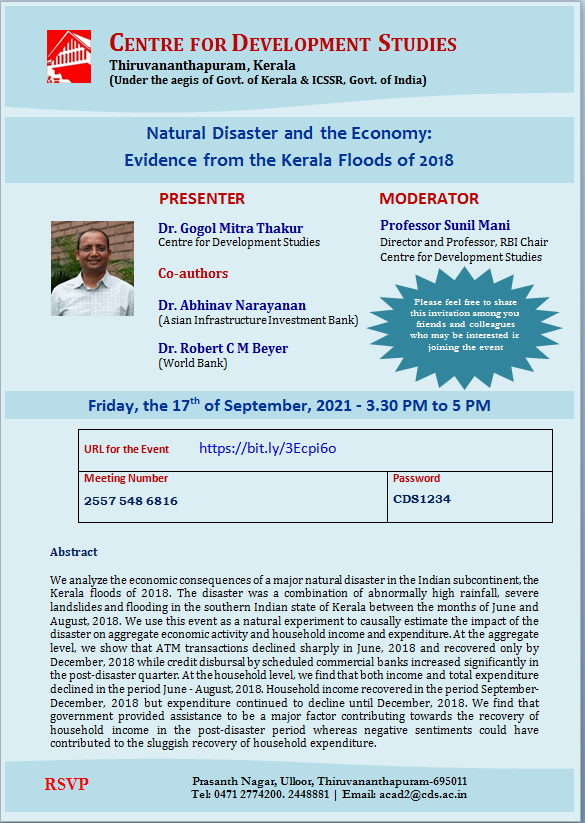 We analyze the economic consequences of a major natural disaster in the Indian subcontinent, the Kerala floods of 2018. The disaster was a combination of abnormally high rainfall, severe landslides and flooding in the southern Indian state of Kerala between the months of June and August, 2018. We use this event as a natural experiment to causally estimate the impact of the disaster on aggregate economic activity and household income and expenditure. At the aggregate level, we show that ATM transactions declined sharply in June, 2018 and recovered only by December, 2018 while credit disbursal by scheduled commercial banks increased significantly in the post-disaster quarter. At the household level, we find that both income and total expenditure declined in the period June – August, 2018. Household income recovered in the period September-December, 2018 but expenditure continued to decline until December, 2018. We find that government provided assistance to be a major factor contributing towards the recovery of household income in the post-disaster period whereas negative sentiments could have contributed to the sluggish recovery of household expenditure.