Title: Between Unfreedoms: The Role of Caste in Decision to Return among Indentured Workers 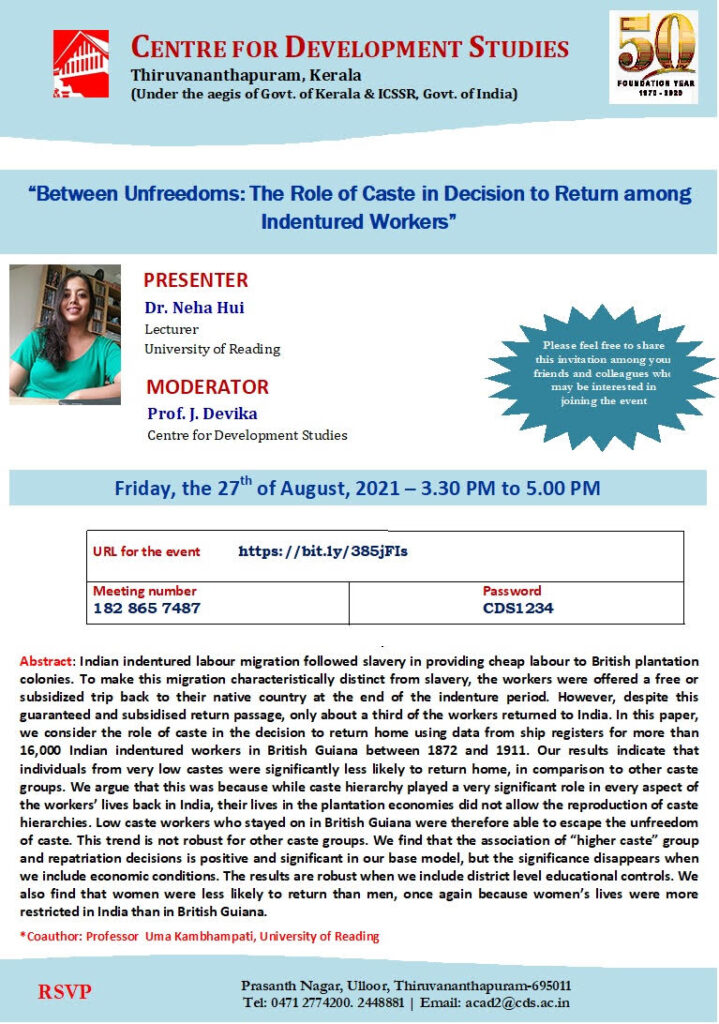 Indian indentured labour migration followed slavery in providing cheap labour to British plantation colonies. To make this migration characteristically distinct from slavery, the workers were offered a free or subsidized trip back to their native country at the end of the indenture period. However, despite this guaranteed and subsidised return passage, only about a third of the workers returned to India. In this paper, we consider the role of caste in the decision to return home using data from ship registers for more than 16,000 Indian indentured workers in British Guiana between 1872 and 1911. Our results indicate that individuals from very low castes were significantly less likely to return home, in comparison to other caste groups. We argue that this was because while caste hierarchy played a very significant role in every aspect of the workers’ lives back in India, their lives in the plantation economies did not allow the reproduction of caste hierarchies. Low caste workers who stayed on in British Guiana were therefore able to escape the unfreedom of caste. This trend is not robust for other caste groups. We find that the association of “higher caste” group and repatriation decisions is positive and significant in our base model, but the significance disappears when we include economic conditions. The results are robust when we include district level educational controls. We also find that women were less likely to return than men, once again because women’s lives were more restricted in India than in British Guiana.