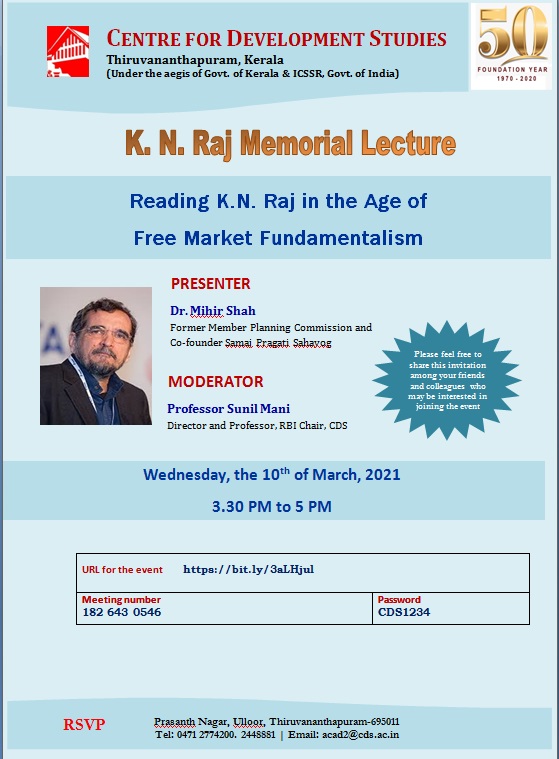 It may not be wrong to say that we are living in the Age of Free Market Fundamentalism. For at least the past four decades now, economic policy-making globally could be said to have been in the thrall of a blind and dogmatic adherence to the notion that a progressively reduced role of the state in the functioning of the economy would automatically – ipso facto – deliver greater economic growth and welfare to the people.

Such a scenario would have been virtually inconceivable for a thinker and policy-maker like KN Raj. Agree with him or not, the one thing everyone acknowledged about Raj is that he was no fundamentalist. Indeed, quite the opposite, more of an iconoclast, if you will, always challenging prevailing orthodoxies, whether of the Left or the Right!

This lecture is an attempt to read some of Raj’s iconic writings to assess how he would have weighed in on major contemporary issues, such as trade policy, the farm crisis and the re-privatisation of public sector banks. It also seeks to restate Raj’s views on the fundamental orientation that an academic discipline like Economics needs to have if it is to retain contemporary social relevance.